Niccolò Machiavelli’s political treatise The Prince (1513) casts its shadow far and wide across the humanities and social sciences. Often eclipsed by the scandalous, utilitarian ethics of the treatise – as well as by Shakespeare’s later elaboration of its themes – Machiavelli’s bawdy comedy, Mandragola (“Mandrake”, 1518) displays powerfully the provocative wit of its author like few other theatrical works of early modernity. This play saw more performances in 16th-century Italy than any other.

This symposium will commemorate the 500th anniversary of Machiavelli’s comedy by gathering scholars from diverse disciplines to 1) explore how this unique work accommodates different hermeneutical approaches, and 2) to share new insights and appreciation for the Mandrake as a portrayal of human nature. Topics and themes will include:

See below for full schedule of Events: 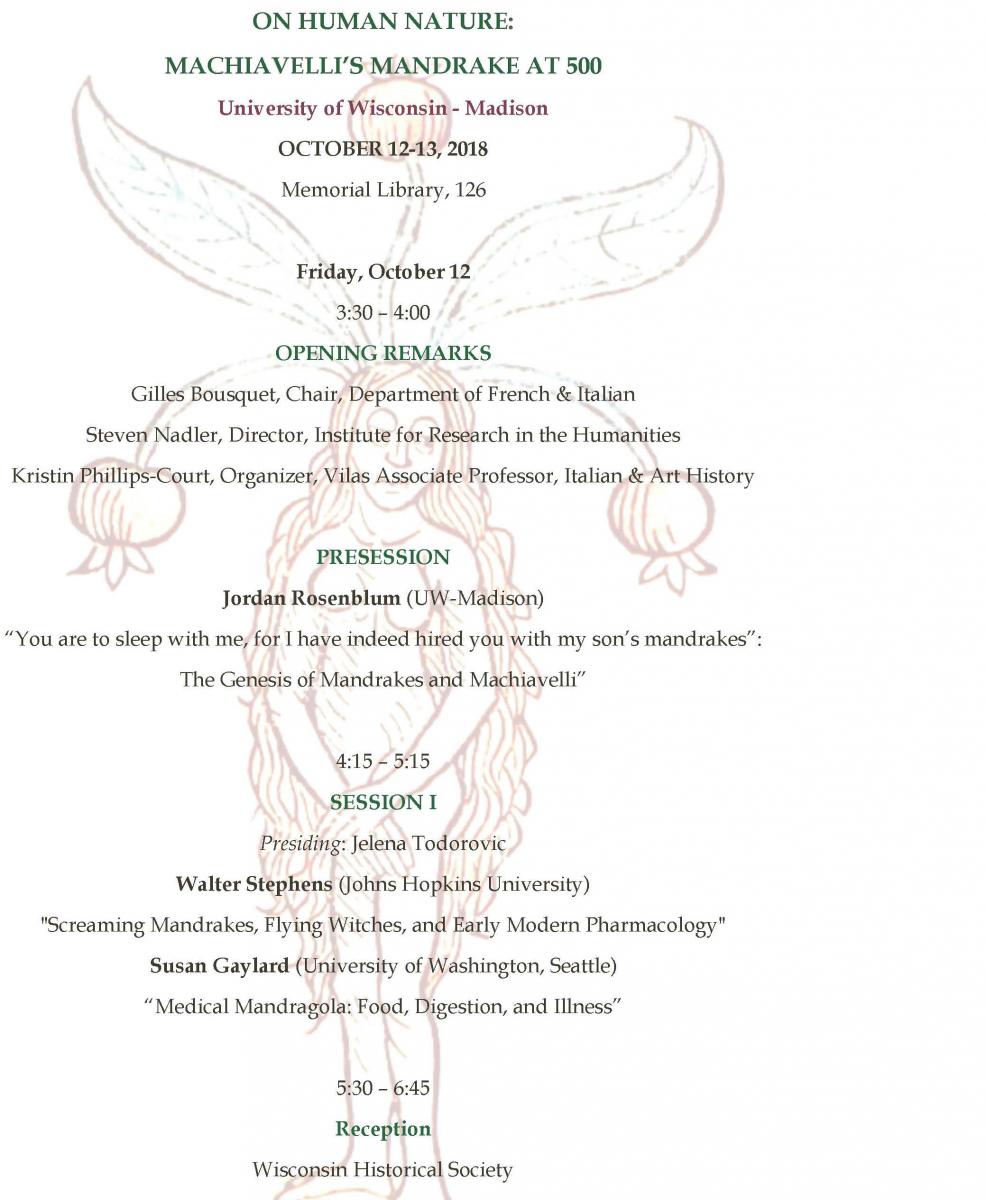 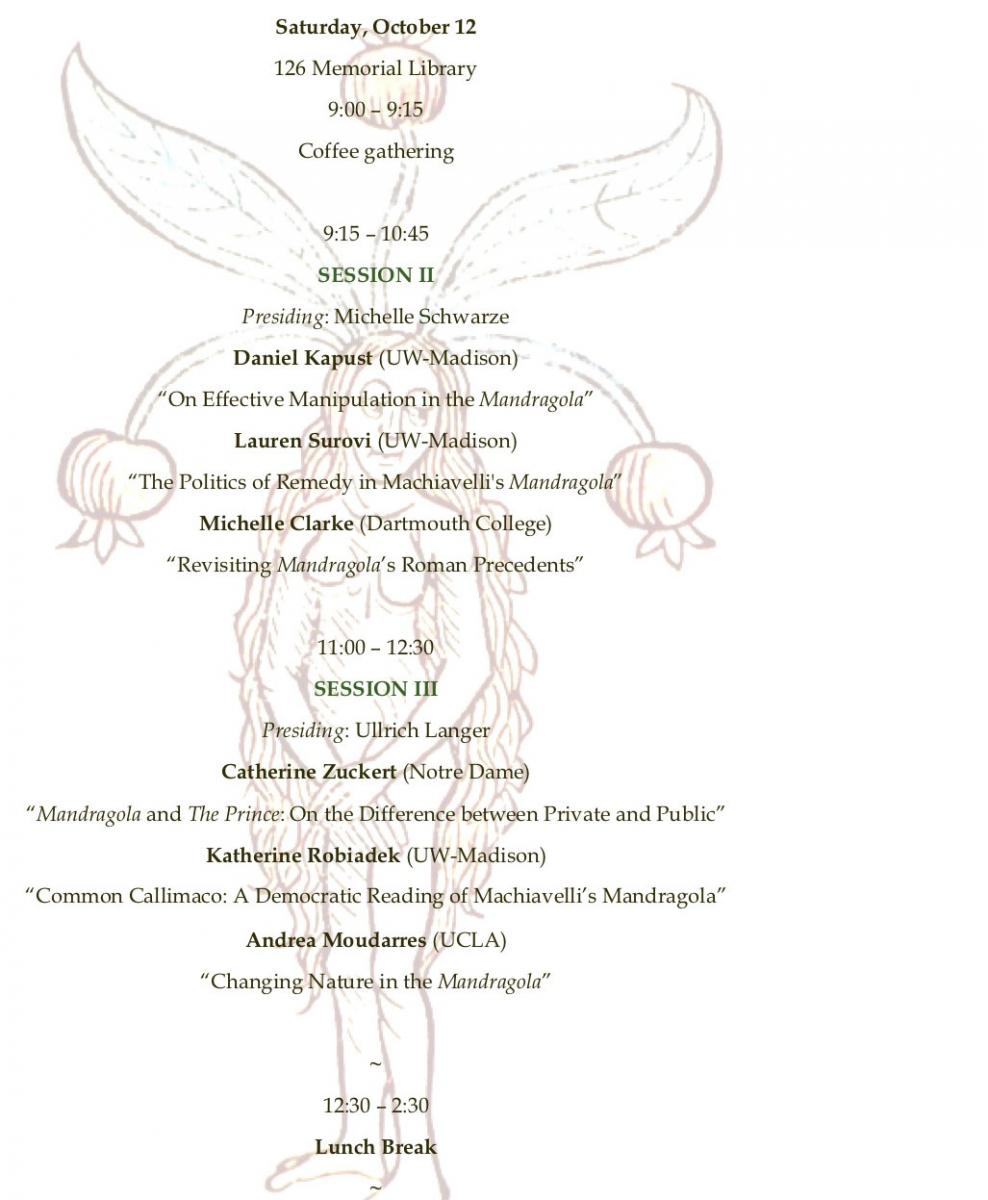 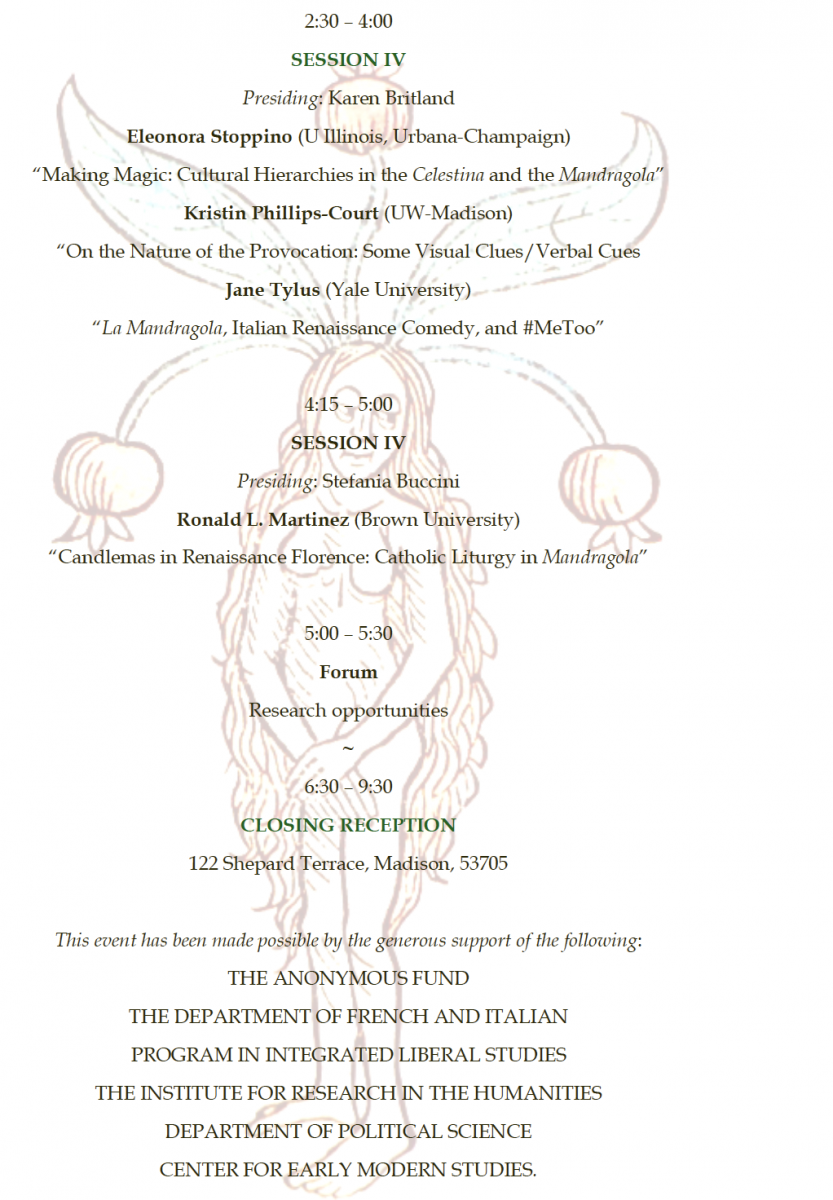 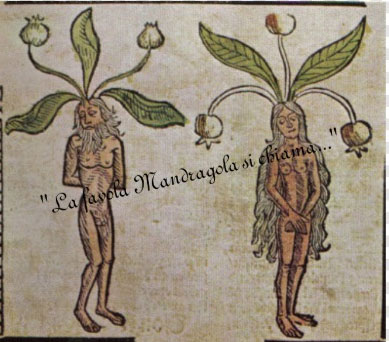