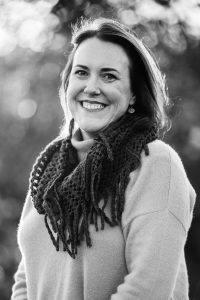 Her first book, Building the Caliphate: Construction, Destruction, and Sectarian Identity in Early Fatimid Architecture (Yale, 2020), investigates the early architecture of the Fatimids, an Ismaili Shi‘i Muslim dynasty that dominated the Mediterranean world from the 10th to the 12th centuries. It argues that that architecture played a pivotal role in negotiating the kaleidoscope of religious identities in the medieval Islamic world and challenges the assumption that artistic efflorescence was a function of religious tolerance in the medieval Mediterranean. Instead, it argues that conflict and destruction played a crucial, productive role in the formation of medieval Islamic architecture.

Pruitt’s articles have appeared in the journals World Art, The Medieval Globe, Muqarnas, and in The Companion to Islamic Art and Architecture (Wiley-Blackwell, 2018), Sacred Precincts: Non-Muslim Religious Sites in Islamic Territories (Brill, 2015), and Encyclopaedia of Islam. She is embarking on two new book-length projects. In the first, Inheriting an Islamic Golden Age: Globalism, National Identity, and Invented Histories in the Architecture of the Arabian Gulf, Pruitt investigates the integration of classical forms of Islamic art in the contemporary architecture of the Arabian Gulf. The second project, entitled The Accretion of Memory in a Medieval Street: A Biography of the Palace Walk in Cairo (969–1500 CE), explores the architecture and urban development of Cairo’s most famous street (now known as al-Mu’izz Street). Pruitt’s work has been supported by a First Book Award from the University of Wisconsin-Madison, Fulbright, the American Research Center in Egypt, and the Institute of Ismaili Studies.

“The Fatimid Holy City: Destroying and Building Jerusalem in the Eleventh Century,” The Medieval Globe (2018).

“Monumentalizing the Ephemeral: Ganzeer and the Rise of Cairene Street Art” World Art (2017):1–23.

“The Three Caliphates, a Comparative Approach,” with Glaire Anderson. In The Companion to Islamic Art and Architecture, edited by Gülru Necipoğlu and Finbarr B. Flood (Blackwell Companions to Art History), 223–49 (Malden: Wiley-Blackwell, 2017).

“Miracle at Muqattam: Moving a Mountain to Build a Church in the Early Fatimid Caliphate (969–995),” in Sacred Precincts: Non-Muslim Religious Sites in Islamic Territories, edited by Mohammad Gharipour, 277–90 (Boston: Brill, 2014).