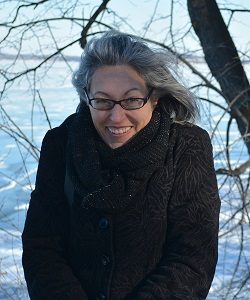 About:
I received a BA from the University of Oxford and a half-blue for Women’s Lightweight Rowing. At the time, it was impossible to decide which was most important. I then completed an MA thesis under the supervision of Diane Purkiss at the University of Reading, and was awarded AHRC-funded Ph.D. place to work with Martin Butler at the University of Leeds. I also received a Leverhulme Trust fellowship to complete research for my dissertation project in Paris (for which Professor Butler was truly grateful because it got me away from York City Rowing Club). Before arriving at UW-Madison in 2008, I worked as a faculty member in the English department at Keele University, and between 2000 and 2012, I was involved, first as a research associate and then as an associate editor, on the Cambridge Complete Works of Ben Jonson edition. I have published a book and articles on a number of early modern women, and have edited Elizabeth Cary’s play, The Tragedy of Mariam, in a New Mermaids edition. I am particularly interested in feminist and gender theories and my work is deeply concerned with the multitudinous ways in which, as literary scholars, we approach and read texts. I am currently working on a book about clandestine writing in the English Revolution and have recently published articles and given talks about cipher and invisible inks. I am also a keen editor: in 2016, I will deliver my edition of John Marston’s The Dutch Courtesan to Arden and begin work on an edition of John Webster’s The Duchess of Malfi for New Mermaids.

“‘My God! Madam, There Must Be Only One Black Figure In This Play’: Hamlet, Ophelia and the Romantic Hero,” Shakespeare and Romanticism, ed. Joseph M. Ortiz (London: Ashgate, 2013)