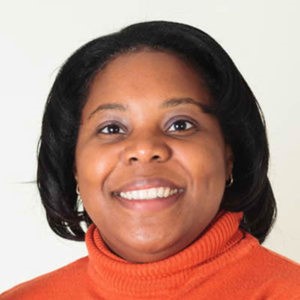 Short Biography
Christy Clark-Pujara is a historian whose research focuses on the experiences of black people in French and British North America in the 17th, 18th and early 19th centuries. She is particularly interested in retrieving the hidden and unexplored histories of African Americans in areas that historians have not sufficiently examined—small towns and cities in the North and Midwest. She contends that the full dimensions of the African American and American experience cannot be appreciated without reference to how black people managed their lives in places where they were few. Furthermore, an absence of a large black populace did not mean that ideas of blackness were not central to the social, political, and economic development of these places. Her first book Dark Work: The Business of Slavery in Rhode Island examines how the business of slavery—economic activity that was directly related to the maintenance of slave holding in the Americas, specifically the buying and selling of people, food, and goods—shaped the experience of slavery, the process of emancipation, and the realities of black freedom in Rhode Island from the colonial period through the American Civil War. Her current book project, From Slavery to Suffrage: Black on the Wisconsin Frontier, 1740 to 1866, will examine how the practice of race-based slavery, black settlement, and debates over abolition and black rights shaped white-black race relations in the Midwest.

“In Need of Care: African American Families Transform the Providence Association for the Benefit of Colored Orphans during the Final Collapse of Slavery, 1839-1846,” Journal of Family History (September 12, 2019).

Feminist Scholar’s Fellowship (UW-Center for Research on Gender and Women), 2019

Race, Ethnicity and Indigeneity Fellowship at the Institute for Research in the Humanities,