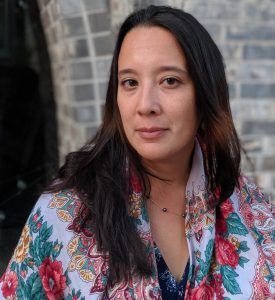 Biography
I am interested in early modern Christendom, with a focus on the sixteenth century in Europe and its outposts. My art history incorporates the history of science and technology, theology, disability studies, and literary studies, among other fields. An early result is my new book, Disharmony of the Spheres: The Europe of Holbein’s Ambassadors (Penn State UP, 2019). My engagement with the history of art history has also led me to co-found Selva: A Journal of the History of Art.

The above interests appear in strange and less falsifiable forms in my poetry. My books of poems are Aim at the Centaur Stealing Your Wife (Ugly Duckling Presse, 2015) and Civilization Makes Me Lonely, winner of the Sawtooth Prize (Ahsahta Press, 2017).

In addition to updated surveys of both Northern and Italian Renaissance cultural production, I teach on the visual culture of science in the period, and on ekphrasis most broadly understood, as a model for all critical thought and all verbal approach to images.

Articles:
“Toward an Idioskeptic Collective: An Exploratory Essay after Riegl’s Group Portraiture of Holland,” Apricota, no. 2 (2019):1–6.

“The Cranach Workshop and the Prophets of Baal: The Jewish Foil of Early Lutheran Community Building,” Sixteenth Century Journal 16, no. 1 (2018):75–94.