“What Can the French Revolution Teach Us About Crises in Government Today?”

Professor Linda S. Frey, Department of European History at the University of Montana

Professor Frey’s talk will focus on the events that led to the French Revolution over 200 years ago, but bear a disturbing resemblance to events that are shaking Europe and America today.  They contain some lessons as to what we might do to avoid serious crisis and unplanned, catastrophic change. 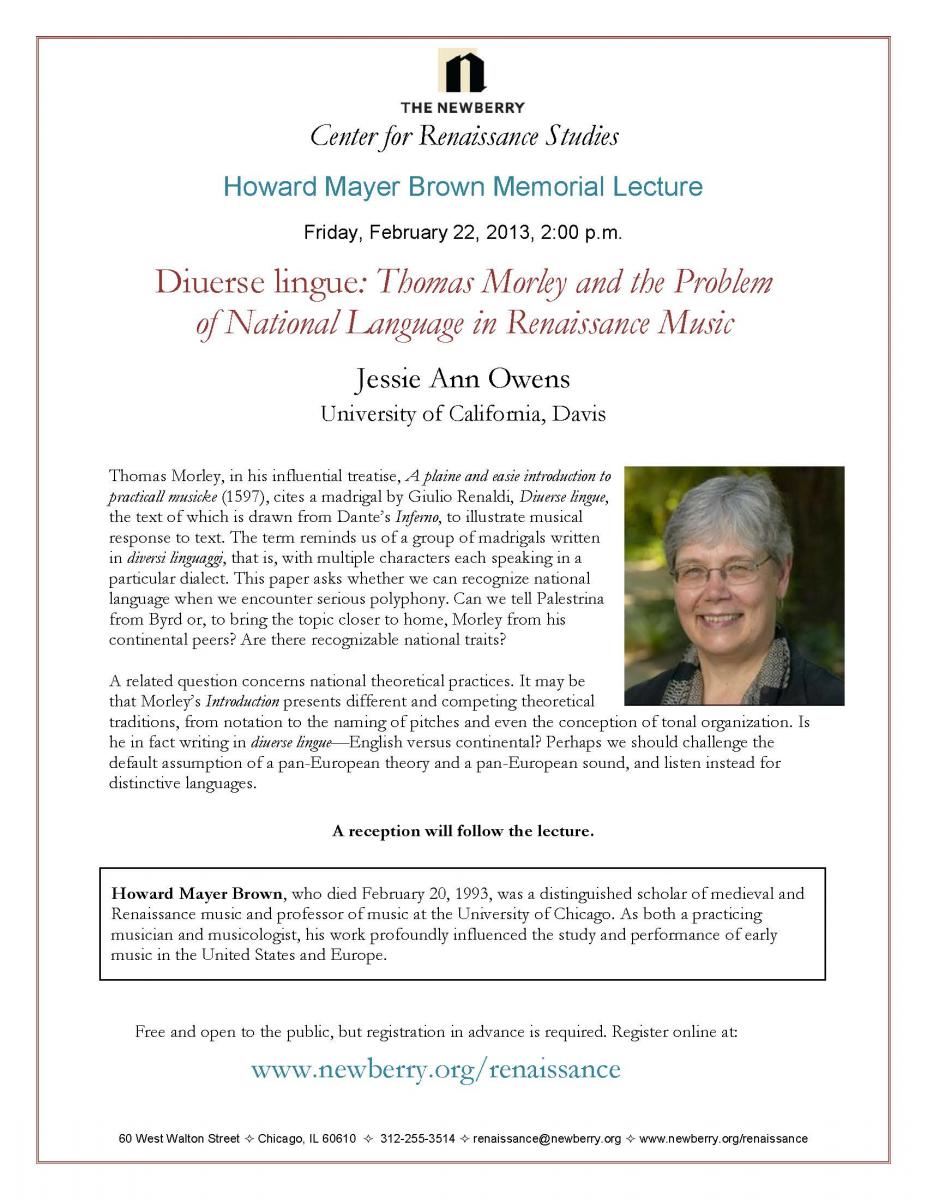 This program is free and open to the public, but space is limited and registration in advance is required. 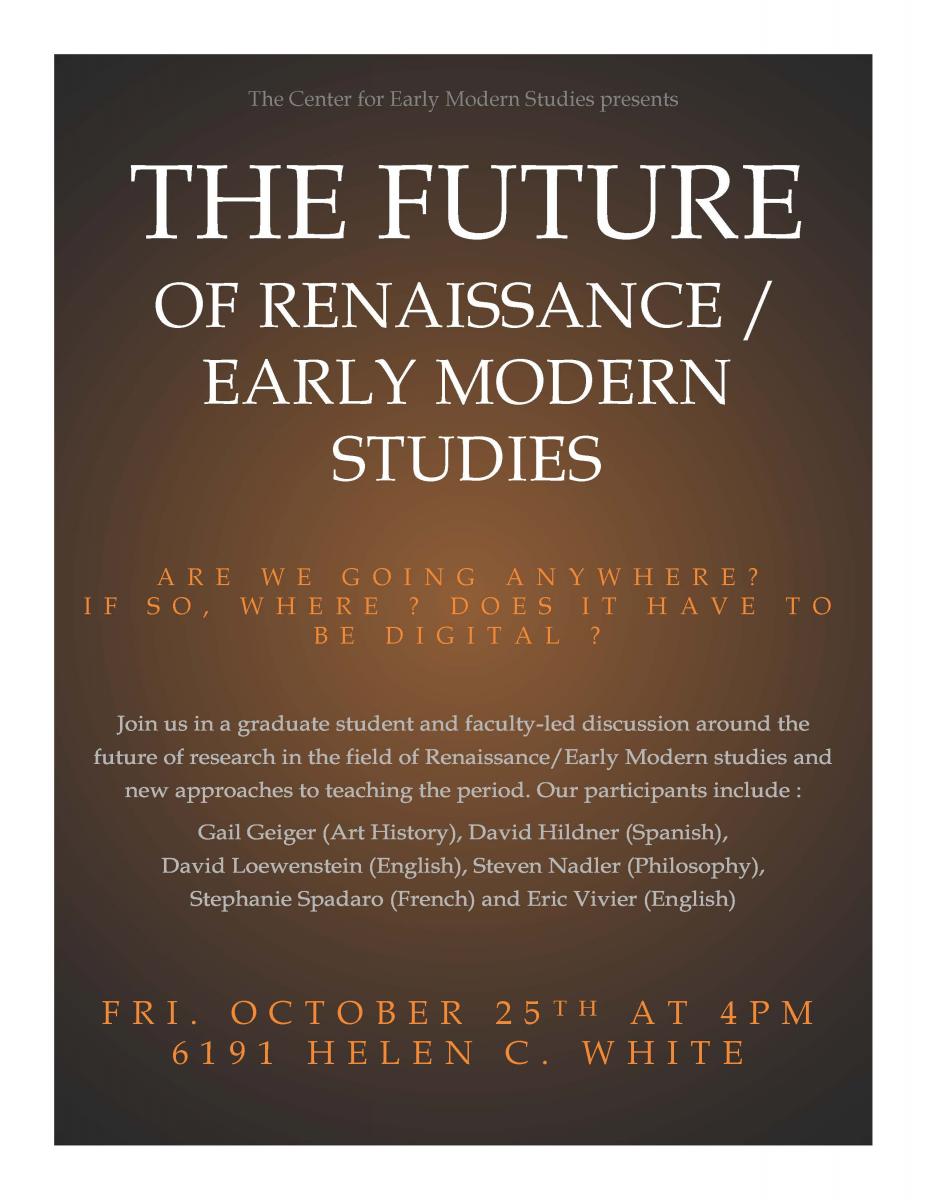 Join us in a graduate student and faculty-led discussion around the future of research in the field
of Renaissance/Early Modern studies and new approaches to teaching the period. Our participants include :
Gail Geiger (Art History), David Hildner (Spanish),
David Loewenstein (English), Steven Nadler (Philosophy),
Stephanie Spadaro (French) and Eric Vivier (English)

“Boccaccio at 700”
organized in celebration of the septcentenary of Giovanni Boccaccio’s birth.

Discussion and refreshments to follow.
Inventing Emotion :
Language and “Accidents of the Soul” in Early Modern England 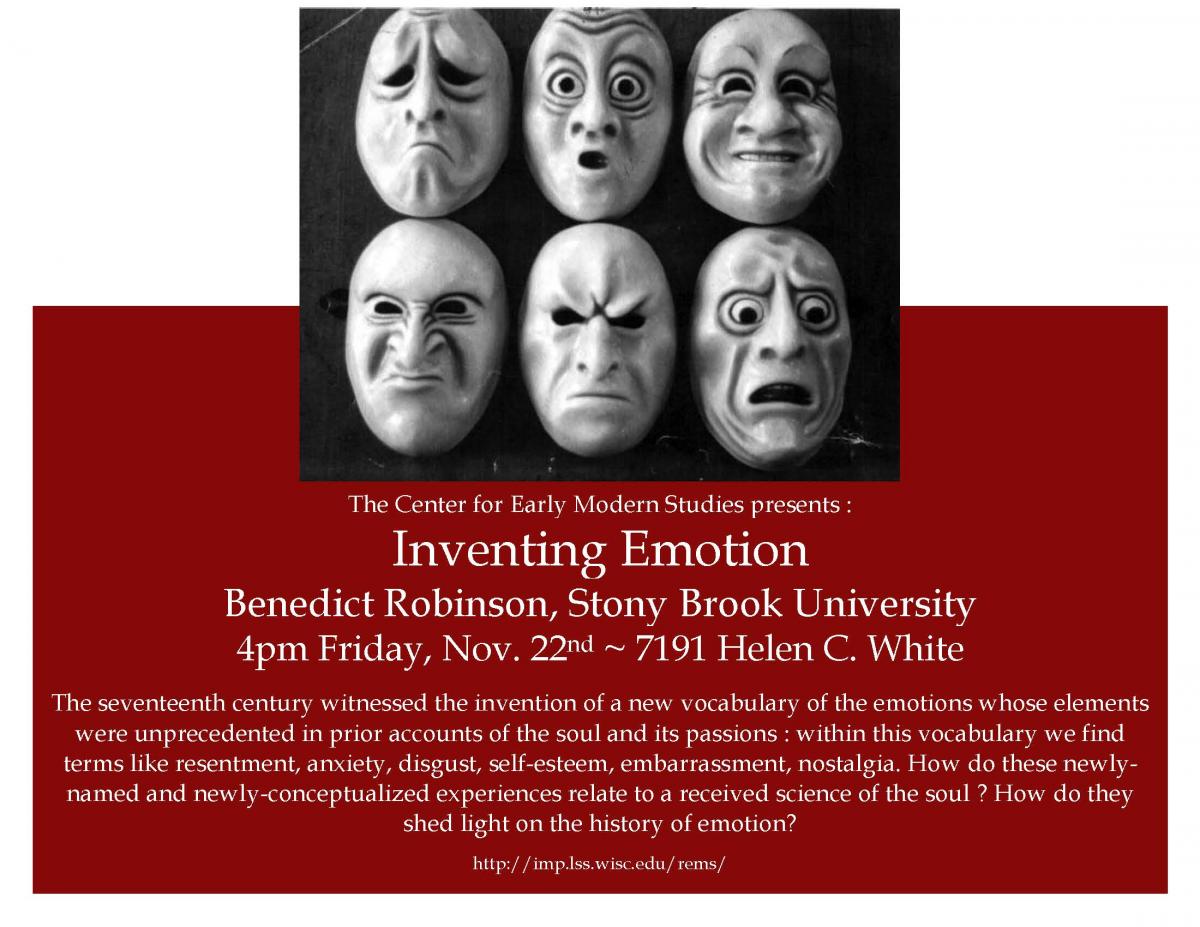 Benedict Robinson, Stony Brook University
The seventeenth century witnessed the emergence of a new vocabulary of the emotions whose elements were unprecedented in prior accounts of the soul and its passions: in this vocabulary we find terms like resentment, anxiety, disgust, self-esteem, embarrassment, nostalgia. This talk will try to make sense of this linguistic concern with new states of feeling, setting it in relation to an ongoing early modern “science of the soul” as well as to the rhetorical and literary investigation of the scene and setting in which these “accidents of the soul”–qualities or conditions that affect the soul without therefore being essential to it–take place. The talk will offer a framework for thinking about these accidents of the soul, and will then move on to sketch the kind of results this approach to the history of feeling can offer in the particular case of early modern resentment.
4pm Friday, November 22nd
7191 Helen C. White